Until now, professionals in the mining sector thought that the charismatic Robert Friedland, CEO of Ivanhoe Mines, which is developing the Kamoa-Kakula copper megaproject in the DRC, was simply looking out for his best interests when he presented copper as the  ‘metal of the future’ at his investor conferences.

But now many analysts share his point of view, including those at Goldman Sachs, who in early April published a research note titled Copper is the new oil, that is causing a stir among commodity traders.

Copper is currently trading at around $9,500 per tonne in London, which is already its highest price in a decade. A year ago in April, it was selling at below $5,000 per tonne, the same price it was going for in November 2015 and October 2016. 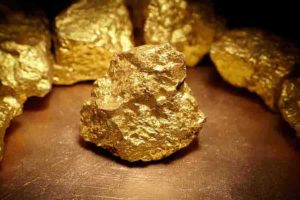 Noble Gold, a provider of IRA-approved precious metal investments, today announced new data that shows the pandemic and the uncertain economic climate that ensued are among the primary drivers behind investors’ renewed interest in gold and silver. According to a company survey of its customers, 58 percent of investors are turning to precious metal IRAs to secure their retirement savings and hedge the risks of a recession.

The survey highlights a common desire to diversify and protect retirement assets among investors since the COVID-19 pandemic sent financial markets tumbling earlier this year. According to customer data, approximately 62 percent of customers have invested or plan to invest more into gold and silver IRAs.

Since the National Bureau of Economic Research announced the U.S. is officially in a recession, Noble Gold anticipates a heightened interest in gold and silver purchases over the next six to twelve months. “The last time inflation was as high as it is today was in 1983 when the price of gold reached $900 per ounce,” commented Collin Plume, CEO of Noble Gold. “The same thing is happening now in America. Investors close to retirement have already lived through several economic busts and recessions; to go through another one could set them back five to ten years. We’re seeing more investors who are new to precious metals investing begin to take an interest in gold and silver in order to protect their future.” 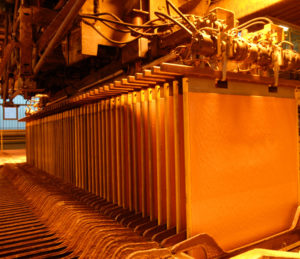 The reopening of major industrial economies is sparking a surge across commodities markets from corn to lumber, with tin climbing above $30,000 a ton for the first time since 2011 on Thursday. In the wake of mounting evidence of inflation — fueled by higher raw materials prices — investors are also increasingly focused on when the U.S. Federal Reserve might start throttling back its emergency support.

Many banks say the rally has further to run, particularly for copper, which will benefit from rising investment in new energy sectors. 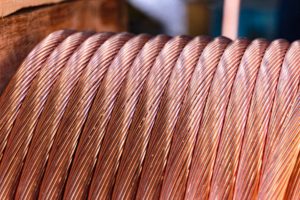 Copper soars to all time high on economic recovery optimism

Copper soared to an all-time high as optimism about a global rebound from the pandemic boosts commodities markets.

The metal – an economic bellwether – is front and center in a rally that’s driven raw materials from lumber to iron ore to multiyear highs or records. Stimulus measures and vaccine rollouts are fuelling prospects for a resurgence in demand that’s set to strain supply, while copper’s crucial role in the green-energy transition is set to underpin longer-term gains.

Big banks and others including trader Trafigura Group have rolled out a list of lofty price targets, with the latter predicting copper will hit $15,000 a ton in the coming decade as decarbonisation drives more consumption. At the same time, the pandemic has disrupted trade flows in the short-term and a lack of mine investment is set to see the market short of the supply needed to meet demand.